I am so thankful to have worked with so many incredible artists and organizations as an actor and singer. I earned my MFA through a two year fellowship at the Alabama Shakespeare Festival. I received my BFA in Musical Theatre from Syracuse University.  A few years ago, I received additional training and earned my certification in Drama Therapy in order to develop projects that can serve audiences with special needs. One of our theatre company's first production's "The Tales of Custard the Dragon" toured to children's hospitals before it came to the Daryl Roth Theatre off-Broadway.  Through the years, I have been privileged to work with so many incredible companies including New York City Opera at Lincoln Center, Vanguard Repertory Theatre, The Lee Strasberg Theatre, Alabama Shakespeare Festival, The Eugene O'neill Theatre Center, the Los Angeles Metropolitan Opera. Syracuse Stage, Bristol Riverside Theatre, and Sierra Repertory Theatre to name a few. As a concert and choral singer, I have sung at Carneige Hall, with New West Symphony, with Disney's Kingdom Hearts tour, and with Peter Nero and the Philly Pops. Some of my favorite theatre roles include Olivia in "Twelfth Night", Laura in "The Glass Menagerie" and Leonide in "The Triumph of Love". Some of my favorite film/TV roles include a spider in Sing, and the angel/narrator for Genesis now available on Amazon.  I think my greatest role to date is "Mom" to my amazing son. During the adoption process, I released my first single on I tunes, "Songbird" a re imagining of the Fleetwood Mac song as a lullaby.  Several singles are now available on all streaming platforms. As a writer, I was so proud to develop "Only a Girl" a play based on personal interviews I had with Holocaust rescuer Irene Gut Opdyke. I am currently collaborating with London writer and actor Jon Digby on Amelia Undiscovered country-and original web-series based one the authorship of Shakespeare's canon. Through my organization, Light Keeper Productions, I am most proud to have brought productions, music, and arts programs to Holocaust Survivors, Veterans, Children with special needs, and to individuals struggling with trauma and PTSD.

At the homeless heroes walk alongside my husband Greg 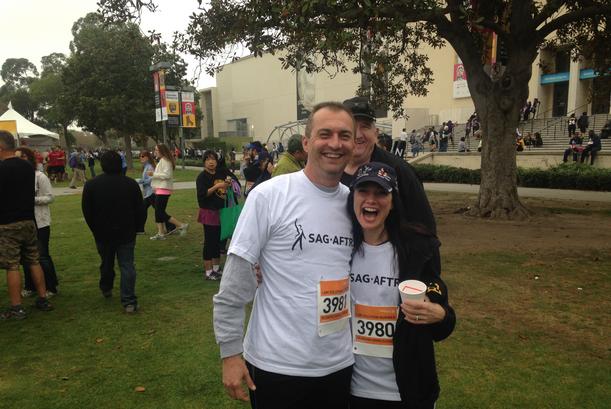 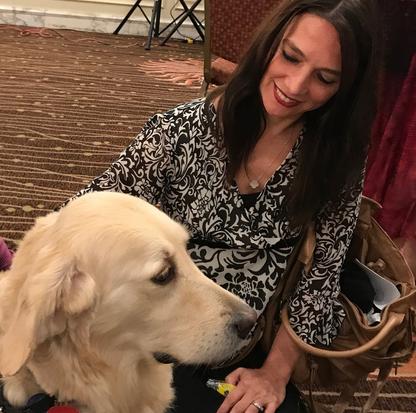 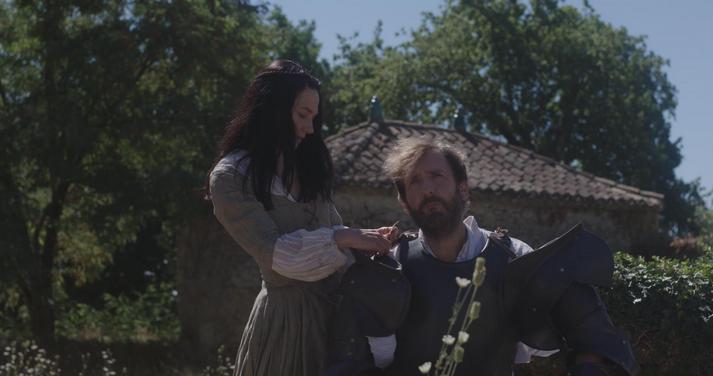 Working alongside fellow artist at the POMC conference